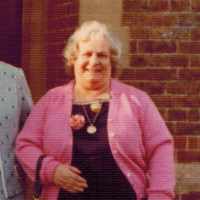 The Life of Blanche May

Put your face in a costume from Blanche May's homelands.

After Germany declared war Russia, Britain entered The Great War and declared war on Germany on August 4, 1914. The war ended on November 11, 1918, as Germany signed an armistice that brought fighting to a halt.
1928 · Women Granted Right to Vote

English: habitational name from any of various places named with Old English hwǣte ‘wheat’ + lēah ‘(woodland) clearing’, as for example Whatley in Somerset, Whately in Warwickshire, or any of the places mentioned at Wheatley .