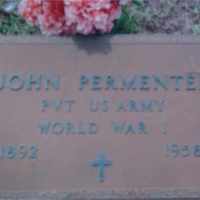 The Life of John Pharris "Johnnie"

Put your face in a costume from John Pharris "Johnnie"'s homelands.

Florida played a critical role during the Spanish-American War. The port of Tampa saw the arrival of over 30,000 troops; this traffic resulted in the small town experiencing massive growth and becoming a city. Cuban-Americans across the state also helped with raising money and support for the war.
1909 · The NAACP is formed

German: occupational name for a preparer or seller of parchment, from an agent derivative of Middle High German pergamente ‘parchment’ (so called from the ancient city of Pergamon in Asia Minor, where the technique of producing the material originated). Parchment was in general use well into the 15th century.