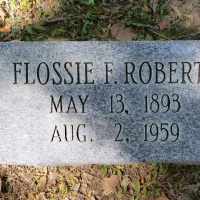 The Life of Flossie "Florence" Flynn

Put your face in a costume from Flossie "Florence" Flynn's homelands.

As Orthodox Jewish immigrants moved into the 6th Ward, they established their own congregation, Adath Emeth, founded in 1910. The group, led by chazzan and shochet Meyer Epstein, rented a small house in which to hold services. Most of Adath Emeth’s founding members were recent immigrants from Russia or Austria who were still getting established economically. Several of them worked as street peddlers, trying to save money to open a store of their own. In 1912, Houston mayor Horace Baldwin Rice invited the fledgling congregation to hold its High Holiday services in the city auditorium. Later, Adath Emeth held joint High Holiday services with Adath Yeshurun. By 1916, Adath Emeth had 75 members. In 1918, the congregation bought a small house on the corner of Houston and Washington Avenue. Three years later, they tore down the house and built a synagogue on the site. When it burned down in 1923, Adath Emeth quickly constructed a new building.
1912 · The Girl Scouts