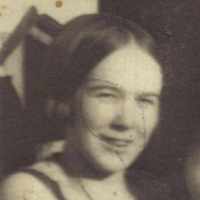 The Life of Frances Fern

Put your face in a costume from Frances Fern's homelands.

My name is Lois Jean Travis McCullock. I was born Oct 14, 1931 in my grandparents’ house in Spickard, Grundy Co. MO. My parents are Oren (Bud) travis and my mother was Frances (Bob) Fern Leytham. My g …