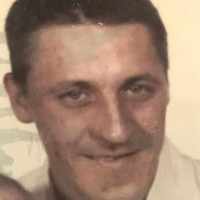 The Life of Billy Wayne

When Billy Wayne Saylor was born on 17 November 1937, in Molus, Harlan, Kentucky, United States, his father, George Davis Saylor, was 27 and his mother, Gladys Gene Greene, was 22. He married Shearon Fann in 1966, in Chicago, Cook, Illinois, United States. They were the parents of at least 1 daughter. He died on 21 January 1973, at the age of 35, and was buried in Kentucky, United States.

Put your face in a costume from Billy Wayne's homelands.

The Kentucky dam is a hydroelectric dam that spans the Tennessee River between Livingston and Marshall counties in Kentucky. It was completed August 30,1944.
1947 · The Presidential Succession Act

First you know that I married grandpa (Murl Saylor) when I was 16 years old, right? Well he was in the military, Army, and he went to Okinawa for 14 months. While he was gone my sister Charlene sent t …