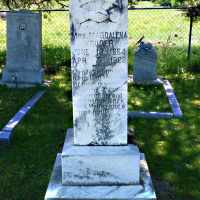 The Life of Magdalena Mattie Laura

Put your face in a costume from Magdalena Mattie Laura's homelands.

War: Prussia and Austria vs. Denmark.
1872 · The First National Park