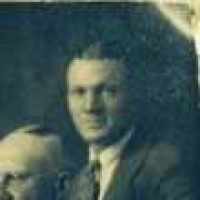 The Life of Lloyd

Put your face in a costume from Lloyd's homelands.

A short-lived Cabinet department which was concerned with controlling the excesses of big business. Later being split and the Secretary of Commerce and Labor splitting into two separate positions.
1913 · The Completion of the Keokuk Dam

The Keokuk Dam was completed in 1913 and began to power the surrounding area. It was the largest single capacity powerhouse in the world at the time. After World War II, the powerhouse was modernized and all the units were converted in 2002. It remains the largest privately owned and operated dam on the Mississippi River.
1919 · The Eighteenth Amendment

1 Variant spelling of German and Dutch Kramer or its German variant Krämer. It is also found in England as a Huguenot name, presumably with this origin.2 English: variant of Creamer 1.