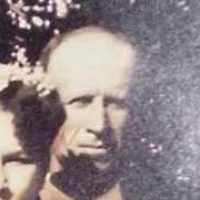 The Life of Allen Bernhard

Put your face in a costume from Allen Bernhard's homelands.

Known as the National Bureau of Criminal Identification, The Bureau of Investigation helped agencies across the country identify different criminals. President Roosevelt instructed that there be an autonomous investigative service that would report only to the Attorney General.
1919 · Minimum Wage Laws Passed

The first minimum wage law took effect in 1919 and specified women and children under 17 years of age should be paid 22 cents per hour.
1927