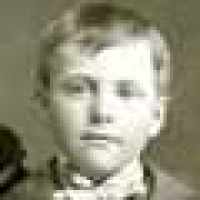 The Life of Joseph Crandall

Put your face in a costume from Joseph Crandall's homelands.

1 English: patronymic from the Old English personal name Wella.2 topographic name for someone who lived near a spring or stream, from a derivative of Old English well(a) ‘spring’, ‘stream’.3 German: habitational name from any of various places in the Rhineland called Welling or Wellingen.