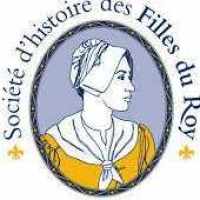 The Life of Marie

When Marie Varin was born on 7 October 1641, her father, Robert Varin II, was 29 and her mother, Marie l'Apotre, was 31. She married René Branche on 22 November 1667, in Notre-Dame de Québec, Quebec City, Quebec, Canada. They were the parents of at least 1 daughter. She died on 27 January 1706, in Montreal, Montreal, Canada, New France, at the age of 64, and was buried in Québec, Canada, New France.

The Palace of Versailles was originally known as a hunting log and retreat for Louis XII. When Louis XIV took over he moved his family into it. After he died the palace was abandoned. It has since been turned into a museum.
1700 · French Monarchy

The French monarchy started way before the 1700s, but for the most part the major events of history took place during this time before the French Revolution started. This was known as the Bourbon Dynasty. Louis XIV the Great, Louis XV the Beloved, Louis XVI the Restorer of French Liberty, and Louis XVII all reigned during this time.