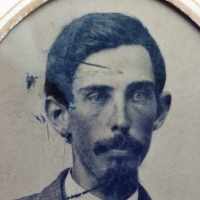 The Life of Albert Humpston

Put your face in a costume from Albert Humpston's homelands.

English: unexplained. In part it may be an Anglicized spelling of French Triplet, a reduced form of Tripelet, from a derivative of the Old French verb tripier ‘to hop’, ‘to skip’, hence a nickname for a dancer or acrobat.