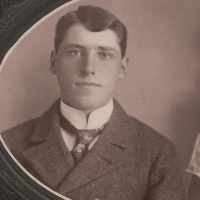 The Life of Wallace Herbert

When Wallace Herbert Brown was born on 28 August 1877, in Zorra, Oxford, Ontario, Canada, his father, Emanuel David Brown, was 32 and his mother, Durinda Rowell, was 34. He married Miranda Jane Gateman on 3 February 1903, in Waterloo, Waterloo, Ontario, Canada. They were the parents of at least 1 son and 1 daughter. He died on 25 December 1966, in North Saanich, British Columbia, Canada, at the age of 89, and was buried in Capital, British Columbia, Canada.

Put your face in a costume from Wallace Herbert's homelands.