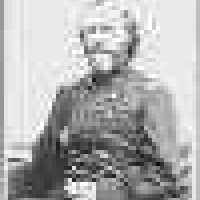 The Life of Barnabas

Put your face in a costume from Barnabas's homelands.

The Monumental Church was built between 1812-1814 on the sight where the Richmond Theatre fire had taken place. It is a monument to those that died in the fire.
1825 · The Crimes Act

English: occupational name for a transporter or server of water, Middle English ewer (Old Northern French evier, Old French aiguier, from Latin aquarius, a derivative of aqua ‘water’). There has been considerable confusion with Ure .