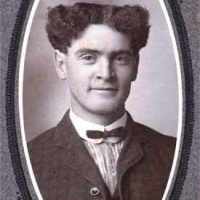 The Life of Chauncey Clyde

Put your face in a costume from Chauncey Clyde's homelands.

Statue of Liberty is dedicated.
1886 · The Haymarket Riot

Protesting to lower the mandated work day to eight hours, a labor rally, near Haymarket Square in Chicago, turned into a riot after an individual threw a bomb at police. As a result, eight people were killed and many more injured. The Haymarket Riot is viewed as a labor movement setback in America.
1907 · Not for profit elections

English: habitational name from any of numerous places named with Old English hālig ‘holy’ + well(a) ‘well’, ‘spring’, such as Holwell in Dorset and Oxfordshire. (Reaney suggests it could also have been a topographic name with the same etymological origin.) However, the present-day concentration of the name in Northamptonshire would suggest that Holwell in Leicestershire, which has a different etymology, from Old English hol ‘hollow’ + wella, was most likely the primary source of this form of the surname. There is also a Holwell in Hertfordshire of the same derivation, as well as places called Halwill and Halwell in Devon, Holywell in Cambridgeshire, Cornwall, Clwyd, and Northumberland, and Halliwell near Manchester, all of which could have contributed to the surname.