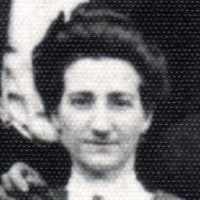 The Life of Rebecca Ann

The Mosaic Templar is an African American fraternal organization founded in Little Rock. it was founded by former slaves, John Edward Bush and Chester W. Keatts. It was part of a movement that was going on at the time, where everyone was forming fraternities and sororities. The main departments for this one where endowment, monument, analysis, uniform, rank, recapitulation, records, and a juvenile division.
1895 · Alabama State Flag is Adopted

Alabama adopted its state flag on February 16, 1895. Act 383 of the Alabama state legislature states, “The flag of the State of Alabama shall be a crimson cross of St. Andrew on a field of white.”
1904 · William H. Fuller Grows 70 Acres of Rice

Rice is one Arkansas leading crops, in 1904 William H. Fuller planted 70 acres of rice, this act is what started the making rice the leading crop in Arkansas.