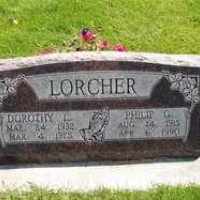 The Life of Phillip Gerald

Put your face in a costume from Phillip Gerald's homelands.

French and English: occupational name for a swineherd, from Old French, Middle English porch(i)er, an agent derivative of Old French porc ‘pig’. This name is quite frequent in LA.