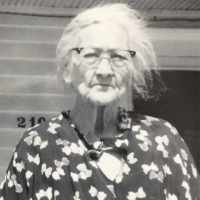 Statue of Liberty is dedicated.
1892 · The Radio is invented

My Aunt Joyce told me what she remembers about my Great Grandma Rose. She said she always had an apron on over her cotton house dress that had many pockets. She had a plug of tobacco in her mouth freq …