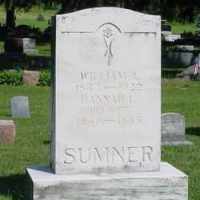 The Life of William A.

Put your face in a costume from William A.'s homelands.

The capital of Michigan was moved from Detroit to Lansing on March 17, 1847. The capital was moved to be further away from Canada, to encourage settlement and boost economy toward the inner regions of the state, and to make to capital more accessible to everyone statewide.
1865

English: occupational name for a summoner, an official who was responsible for ensuring the appearance of witnesses in court, Middle English sumner, sumnor.