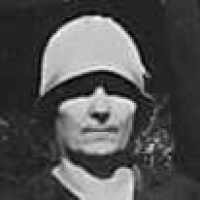 The Life of Janie

Put your face in a costume from Janie's homelands.

1 Americanized form of German Ewinger, a habitational name for someone from a place called Eubigheim in Württemberg (earlier Ewbickein).2 The surname is also said to be of Frisian origin. During the Reformation, a Frisian family named Aebinga moved to Switzerland, where the name changed to Aebinger.