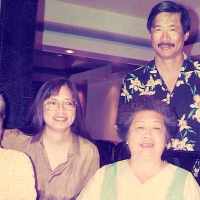 The Life of Kee

When Hon Kee Young was born on 16 December 1923, in Zhongshan, Zhongshan Xian, Wuzhou Diqu, Guangxi, China, his father, Wah Chai Young, was 25 and his mother, Kwock Shee Young, was 42. He died on 5 September 1994, in Honolulu, Hawaii, United States, at the age of 70, and was buried in Valley Of The Temples Memorial Park, Kāne'ohe, Oahu, Honolulu, Hawaii, United States.

Put your face in a costume from Kee's homelands.