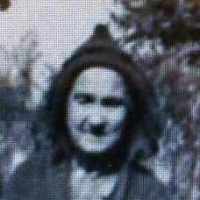 The Life of Martha Adaline

Put your face in a costume from Martha Adaline's homelands.

When a man that had escaped a quarantined steamboat with yellow fever went to a restaurant he infected Kate Bionda the owner. This was the start of the yellow fever epidemic in Memphis, Tennessee. By the end of the epidemic 5,200 of the residence would die.
1892 · The Radio is invented

Irish: Anglicized form of Gaelic Ó hÓgáin ‘descendant of Ógán’, a personal name from a diminutive of óg ‘young’, also ‘young warrior’. In the south, some bearers claim descent from an uncle of Brian Boru. In northern Ireland a surname of the same form was Anglicized as Hagan .