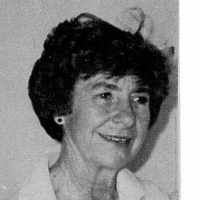 The Life of Bettie Jean

Put your face in a costume from Bettie Jean's homelands.

English:1. topographic name for someone who lived by a dam or weir on a river (Old English wær, wer), or a habitational name from a place named with this word, such as Ware in Hertfordshire. 2. nickname for a cautious person, from Middle English war(e) ‘wary’, ‘prudent’ (Old English (ge)wær).