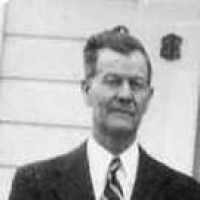 The Life Summary of Benjamin Hardy

Put your face in a costume from Benjamin Hardy's homelands.

Some characteristic forenames: French Pierre, Jean Louis, Jean-Baptiste.French: variant of Lafont and Lafond and, in North America, also an altered form of these.History: This surname is listed in the (US) National Huguenot Society's register of qualified Huguenot ancestors. However, the Huguenot family soon died out in the male line.