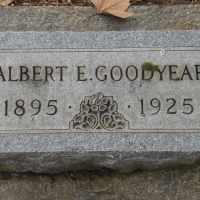 The Life of Albert Elmer

Put your face in a costume from Albert Elmer's homelands.

The Klondike gold rush started in 1896 in Canada, but by 1897 as miners started moving and following the gold it caused for Seattle to rapidly grow as more miners joined the search for gold.
1904

1 English: probably a nickname from Middle English gode ‘good’ (Old English gōd) + year, yere ‘year’, bestowed on someone who frequently used the expression, perhaps in the sense ‘(as I hope to have a) good year’ or as a New Year salutation. Alternatively, it may have been from an Americanized form of French Gauthier .2 English translation of German Gutjahr, originally a nickname for someone born on New year's Day.