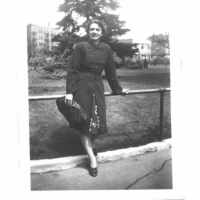 Italian: patronymic from a pet form of the personal name Pero .