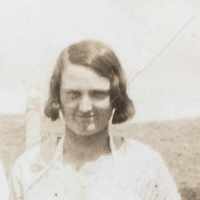 The Life of Helen June

Put your face in a costume from Helen June's homelands.

A law that makes it a crime to misbrand meat being sold as food, and ensures that the meat is slaughtered and processed under sanitary conditions.
1927

English:1. nickname for a person with a large or unusually shaped head, from Middle English poll ‘head’ (Middle Low German polle ‘(top of the) head’) + the pejorative suffix -ard. The term pollard in the sense denoting an animal that has had its horns lopped is not recorded before the 16th century, and as applied to a tree the word is not recorded until the 17th century; so both these senses are almost certainly too late to have contributed to the surname. 2. pejorative derivative of the personal name Paul . The surname has been established in Ireland since the 14th century.