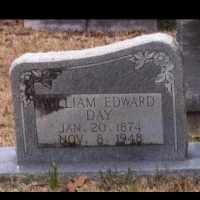 The Life of William Edward

1 English: from a pet form of David .2 English: from the Middle English personal name Day(e) or Dey(e), Old English Dæi, apparently from Old English dæg ‘day’, perhaps a short form of Old English personal names such as Dægberht and Dægmund. Reaney, however, points to the Middle English word day(e), dey(e) ‘dairy maid’, ‘(female) servant’ (from Old English dæge, cognate with Old Norse deigja ‘female servant’, ultimately from a root meaning ‘to knead’, and related to the word for dough), which he says came to be used for a servant of either sex.3 Irish: Anglicized form of Gaelic Ó Deaghaidh ( see O’Dea ).