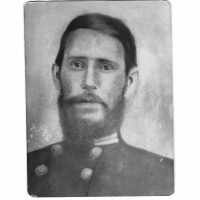 The Life of Alfred Samuel

Put your face in a costume from Alfred Samuel's homelands.

Many people started their 2,170-mile West trek to settle the land found by Louis and Clark. They used large-wheeled wagons to pack most of their belongings and were guided by trails that were made by the previous trappers and traders who walked the area. Over time the trail needed annual improvements to make the trip faster and safer. Most of Interstate 80 and 84 cover most of the ground that was the original trail.
1839

English: habitational name from Pickering in North Yorkshire, named with an Old English tribal name, Piceringas. However, Ekwall suggests that this was earlier Pīcōringas ‘people on the ridge of the pointed hill’ ( see Orr 3 and Pike 1).