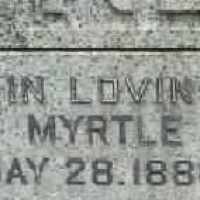 The Life of Martha Rachael

When Martha Rachael Pinkerton was born on 28 May 1888, in North Marysburgh Township, Prince Edward, Ontario, Canada, her father, David Pinkerton, was 51 and her mother, Anne Scott Pinion, was 41. She married William Edward Neal on 14 June 1913, in Toronto, York, Ontario, Canada. They were the parents of at least 1 son and 1 daughter. She died on 28 March 1964, in Ontario, Canada, at the age of 75.

Put your face in a costume from Martha Rachael's homelands.

Scottish and northern Irish: habitational name from a place near Dunbar, which is from an unexplained first element + Old English tūn ‘enclosure’, ‘settlement’. This surname has been established in Ireland since the 17th century.