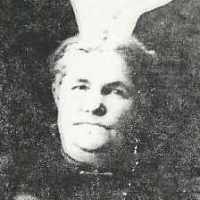 English: habitational name from some minor place called Brid(e)well, as for example Bridwell in Uffculme, Devon, or Bridewell Springs in Westbury, Wiltshire; both are named with Old English brȳd ‘surging’ or brȳd ‘bride’ + well(a) ‘spring’ (perhaps a spring associated with a fertility cult). There may be other places so called with different derivations, for example from Old English bridd ‘nestling’, ‘young bird’ or from St. Bride ( see Kilbride ).