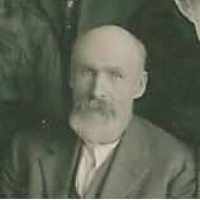 The Life of Eli Francis

When Eli Francis Souder was born on 2 February 1855, in Old Pekin, Polk Township, Washington, Indiana, United States, his father, Joab Souder, was 23 and his mother, Ellen Turner, was 18. He married Addie Caroline Mead on 10 May 1877, in Washington, Nebraska, United States. They were the parents of at least 4 sons and 8 daughters. He lived in Victoria Settlement, Smoky Lake County, Alberta, Canada in 1911 and Battle River, Paintearth County No. 18, Alberta, Canada in 1926. He died on 5 December 1939, in Clandonald, Vermilion River County No. 24, Alberta, Canada, at the age of 84, and was buried in Clandonald, Vermilion River County No. 24, Alberta, Canada.

Put your face in a costume from Eli Francis's homelands.