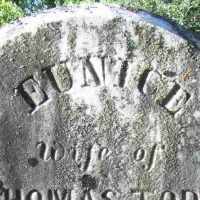 Serving the newly created United States of America as the first constitution, the Articles of Confederation were an agreement among the 13 original states preserving the independence and sovereignty of the states. But with a limited central government, the Constitutional Convention came together to replace the Articles of Confederation with a more established Constitution and central government on where the states can be represented and voice their concerns and comments to build up the nation.
1781 · British Forces Capture Fort Griswold

The capture of Fort Griswold was the final act of treason that Benedict Arnold committed. This would be a British victory. On the American side 85 were killed, 35 wounded and paroled, 28 taken prisoner, 13 escaped, and 1 twelve year old was captured and released.
1803

Americanized spelling of German Niering, a habitational name from a place so named in Westphalia, or possibly an altered spelling of Nehring .