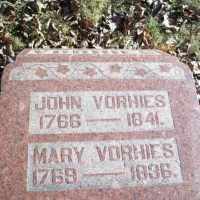 During the six-year Revolutionary war, more of the fights took place in New Jersey than any other colony. Over 296 engagements between opposing forces were recorded. One of the largest conflicts of the entire war took place between Morristown and Middlebrook, referred to as the "Ten Crucial Days" and remembered by the famous phrase "the times that try men's souls". The revolution won some of their most desperately needed victories during this time.
1776

Also referred to as the Small State Plan, the New Jersey Plan was an important piece of legislation that William Paterson presented during the Constitutional Convention. The plan was created because states with smaller populations were concerned about their representation in the United States government. The New Jersey plan proposed, among other things, that each state would have one equal vote. This was in contrast to the Virginia Plan, which suggested that appointment for Congress should be proportional to state population. The Connecticut Compromise merged the two plans, allowing for two "houses" of congress: one with proportional representation, and the other with equal power from each state (as the New Jersey Plan had suggested).

From Lucas County Bits of History

From the Lucas & Wayne Counties History of 1913 James P. Vorhies Among the residents of Lucas, Iowa, there are none more widely and favorably known that Mr. and Mrs. James P. Vorhies, who have made th …