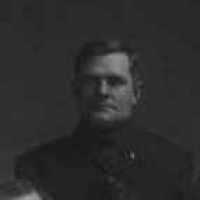 The Life of Charles Rueben

Put your face in a costume from Charles Rueben's homelands.

The Battle of Gettysburg involved the largest number of casualties of the entire Civil war and is often described as the war's turning point. Between 46,000 and 51,000 soldiers lost their lives during the three-day Battle. To honor the fallen soldiers, President Abraham Lincoln read his historic Gettysburg Address and helped those listening by redefining the purpose of the war.
1879 · New State Capitol Building Dedicated

1 English: nickname from the animal, Middle English catte ‘cat’. The word is found in similar forms in most European languages from very early times (e.g. Gaelic cath, Slavic kotu). Domestic cats were unknown in Europe in classical times, when weasels fulfilled many of their functions, for example in hunting rodents. They seem to have come from Egypt, where they were regarded as sacred animals.2 English: from a medieval female personal name, a short form of Catherine .3 Variant spelling of German and Dutch Katt .