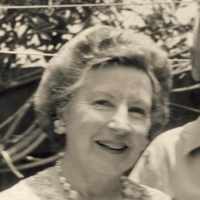 When Anna Kinnunen was born on 28 February 1894, in East Tawas, Iosco, Michigan, United States, her father, Salomon Kinnunen, was 26 and her mother, Anna Kolapakpa, was 24. She married Dennis Giles in June 1948, in Nevada, United States. She died on 13 January 1989, in Huntington Park, Los Angeles, California, United States, at the age of 94.

"Henry Ford built his first gasoline-powered vehicle, named the Quadricycle, in 1896, at his home in Detroit. Ford sold the Quadricycle for $200 and used the money to build a second car. In 1901, Ford raced his car ""Sweepstakes"" against Alexander Winton and won. The victory resulted in publicity for Ford which allowed him to gain investors for his new company, Ford Motor Company. The first Model A was sold on July 23, 1903, and the company was incorporated on November 13, 1903."
1919 · The Eighteenth Amendment

Finnish: of uncertain origin. Possibly a derivative of Swedish skinn ‘(animal) skin’ + the common surname Finnish suffix -nen. This is a common name in the east-central region of Finland, particularly in Kainuu.