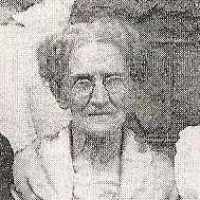 The Life of Sarah Catherine

During the mid-19th century, attempts were made to ship perishable products by rail. The Western Railroad of Massachusetts was the first to experiment with the concept, but it was only functional in cold weather. In 1868, William Davis, of Detroit, patented a refrigerator car that used a frozen mixture of ice and salt to keep everything cold for shipment. It could be used in all weather and in all seasons. He sold the design to George H. Hammond, a Detroit meat packer, who built a set of cars to transport his products to Boston using ice from the Great Lakes for cooling.
1872 · The First National Park

English: nickname from a medieval throwing game, known as hurlebat(te).