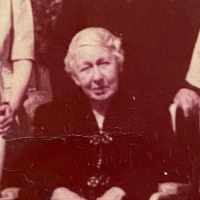 The Life of Esther Marie

Put your face in a costume from Esther Marie's homelands.

1 Scottish: habitational name from a place called Brocket in Ayrshire.2 Scottish and English: from Middle English bro(c)ket, a term denoting a stag in its second year with its first horns (diminutive of Old French brock), probably applied as a nickname.

There are no historical documents attached to Esther Marie.