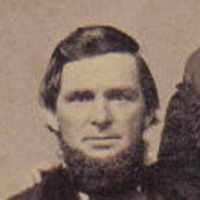 The Life of Parker

Put your face in a costume from Parker's homelands.

Lewis and Clark set out from St. Louis, MO to explore the West.
1808 · Concord Becomes the Capital

In 1808, Concord became the capital of New Hampshire. It was originally the Penacook Plantation given to the state by the Massachusetts Bay Colony.
1827 · Slavery Becomes Illegal in New York State

English and French: in medieval times this did not denote a rank in the army, but was an occupational name for a servant, Middle English, Old French sergent (Latin serviens, genitive servientis, present participle of servire ‘to serve’). The surname probably originated for the most part in this sense, but the word also developed various more specialized meanings, being used for example as a technical term for a tenant by military service below the rank of a knight, and as the name for any of certain administrative and legal officials in different localities, which may also have contributed to the development of the surname. The sense ‘non-commissioned officer’ did not arise until the 16th century.