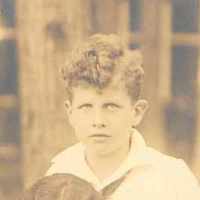 The Life of Douglas Sigler

Put your face in a costume from Douglas Sigler's homelands.

New Jersey was the first state to ratify Prohibition, the short-lived constitutional ban on alcoholic beverages.
1937 · The Neutrality Act

1 English: from a derivative of Lucas . This was (and is) the common vernacular form of the name, being the one by which the author of the fourth Gospel is known in English.2 English: habitational name for someone from Liège in Belgium (Dutch Luik).3 North German (Lüke): from a short form of Lüdeke; Luedecke .