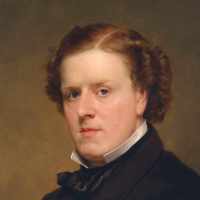 The Life of Robert Lenox

Put your face in a costume from Robert Lenox's homelands.

Many people started their 2,170-mile West trek to settle the land found by Louis and Clark. They used large-wheeled wagons to pack most of their belongings and were guided by trails that were made by the previous trappers and traders who walked the area. Over time the trail needed annual improvements to make the trip faster and safer. Most of Interstate 80 and 84 cover most of the ground that was the original trail.
1863

1 English and Scottish: topographic name for someone who lived on the slope of a hillside or by a riverbank, from northern Middle English banke (from Old Danish banke). The final -s may occasionally represent a plural form, but it is most commonly an arbitrary addition made after the main period of surname formation, perhaps under the influence of patronymic forms with a possessive -s.2 Irish: Anglicized form of Gaelic Ó Bruacháin ‘descendant of Bruachán’, a byname for a large-bellied person. The English form was chosen because of a mistaken association of the Gaelic name with bruach ‘bank’.