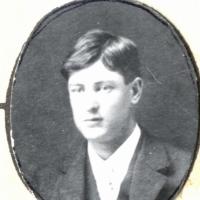 The Life of Arthur Alvern

Put your face in a costume from Arthur Alvern's homelands.

A federal law prohibiting all immigration of Chinese laborers. The Act was the first law to prevent all members of a national group from immigrating to the United States.
1882 · The Big One

On Nov 7 1882, Denver was hit with a 6.6 magnitude earthquake. It was the largest earthquake to hit in the history of Colorado.
1894 · Texas Files Lawsuit Against Standard Oil Company