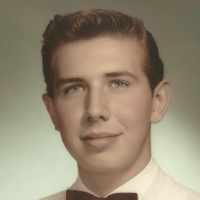 The Life of David Richard

Put your face in a costume from David Richard's homelands.

After the death of Heber J. Grant, George Albert Smith became the 8th Prophet of this dispensation.
1961 · The Twenty-Third Amendment

David Richard Franchina kept the bad guys locked up and freed the reformed ones. Franchina, 70, died Jan. 28 from liver disease after dedicating almost half a century to the inmates of Utah State Pr …