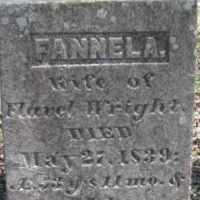 The Life of Fannella "Fanny"

Put your face in a costume from Fannella "Fanny"'s homelands.

Caused by war veteran Daniel Shays, Shays' Rebellion was to protest economic and civil rights injustices that he and other farmers were seeing after the Revolutionary War. Because of the Rebellion it opened the eyes of the governing officials that the Articles of Confederation needed a reform. The Rebellion served as a guardrail when helping reform the United States Constitution.
1797 · Albany is Named Capital of New York

Albany became the capital of New York in 1797. Albany is the oldest continuous settlement of the original 13 colonies.
1800 · Movement to Washington D.C.