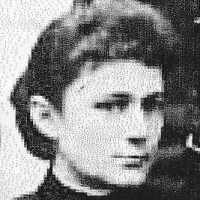 The Life of Grace Ley

Put your face in a costume from Grace Ley's homelands.

English: from Old English cealc ‘chalk’, applied as a topographic name for someone who lived on a patch of chalk soil, or as a habitational name from any of the various places named with this word, as for example Chalk in Kent or Chalke in Wiltshire.