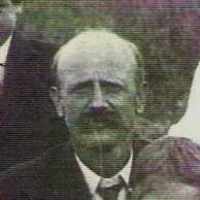 The Life of Luigi Antonio

Put your face in a costume from Luigi Antonio's homelands.

1 Italian: possibly a reduced form of Iacopella, a pet form of the personal name Iacopa, feminine form of Iacopo ( see Jacob ), or of Filippella, a pet form of Filippa, feminine form of Filippo .2 Italian: habitational name from Pella in Novara province.3 possibly Catalan: from old Catalan pella ‘used clothes’, perhaps a nickname for someone poorly dressed.

Ship that Domenico and Angela Peila emigrated on from Italy. Luigi (Dominico's son) and Dominico James (Luigi's son) had returned to Italy to bring them to Colorado. SHIP NAME La Savoie ARRIVAL DATE …