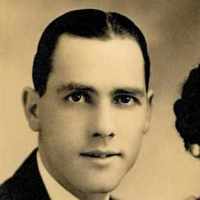 The Life of Brice Elwood

Put your face in a costume from Brice Elwood's homelands.

Like the Boy Scouts of America, The Girl Scouts is a youth organization for girls in the United States. Its purpose is to prepare girls to empower themselves and by acquiring practical skills.
1919 · Oil is Discovered at Cat Creek

Located near Petroleum and Garfield counties in Montana is Cat Creek . It was here in 1919, that oil was discovered
1933 · Fort Peck Dam Construction Begins