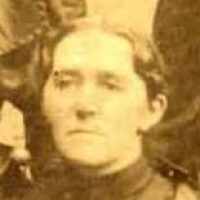 The Life of Minnie

When Minnie Freitag was born on 22 June 1852, in Milwaukee, Milwaukee, Wisconsin, United States, her father, August Freitag, was 25 and her mother, Christiana, was 21. She married Louis Auguste Wilhelm Heinze on 22 January 1878. They were the parents of at least 7 sons and 3 daughters. She lived in Lewiston, Columbia, Wisconsin, United States for about 10 years. She died on 11 May 1916, at the age of 63.

German and Jewish (Ashkenazic): nickname from (respectively) Middle High German vrītac and German Freitag ‘Friday’ (Old High German frīatag, frījetag, a translation of Late Latin Veneris dies: Freya was the Germanic goddess of love, sometimes considered as equivalent to the Roman Venus). The German name may have denoted someone born on a Friday or who performed some feudal service then. However, Friday was considered unlucky throughout Christendom in the Middle Ages (because it was the day on which Christ was crucified), and it seems more likely that the name was given to a person considered ill-omened. It is found as a byname in this sense in Old High German. This is by far the commonest of the surnames drawn from the days of the week, followed by Sonntag ‘Sunday’, traditionally a day of good omen. Among Jews, it seems to have been one of the names that were distributed at random by government officials.