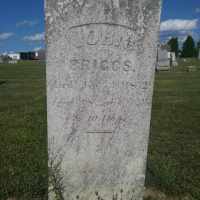 "On April 18, 1775, a shot known as the ""shot heard around the world"" was fired between American colonists and British troops in Lexington, Massachusetts. This began the American War for Independence. Fifteen months later, Thomas Jefferson penned the Declaration of Independence. The Treaty of Paris was signed in September 1783 which ended the war. The colonies were no longer under British rule. Many who fought for the British fled to Canada, the West Indies, and some to England."
1776