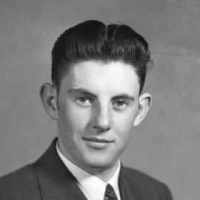 The Life of Ferre Young

Put your face in a costume from Ferre Young's homelands.

The WWI monument is dedicated to the fallen soldiers who participated in the confrontation, in 1924.
1927

Charles Lindbergh makes the first solo nonstop transatlantic flight in his plane The Spirit of St. Louis.
1937 · The Neutrality Act

English and Scottish: habitational name from any of various places called Colton in England, perhaps also Colton House in Scotland. Examples in Norfolk, Staffordshire, and North Yorkshire are from the Old English personal name Cola (or the cognate Old Norse Koli; see Cole 2) + Old English tūn ‘enclosure’, ‘settlement’. The place so named in Somerset has as its first element the Old English personal name Cūla (of uncertain origin). The one in Cumbria has a river name apparently derived from a Celtic word meaning ‘hazel’.