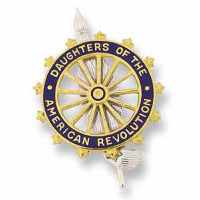 The Life of Elijah Nathan

When Elijah Nathan Brittain was born in 1758, in Hilltown, Bucks, Pennsylvania, British Colonial America, his father, Nathan Brittain Sr., was 26 and his mother, Anna Thomas, was 21. He married Jane Anne Evans in 1780, in Bucks, Pennsylvania, United States. They were the parents of at least 3 sons and 4 daughters. He registered for military service in 1776. He died about 1816, in Chillicothe, Ross, Ohio, United States, at the age of 58.

Put your face in a costume from Elijah Nathan's homelands.

The Declaration of Independence was signed in Philadelphia on July 4, 1776. The liberty bell was first rung here to Celebrate this important document.
1789

English: ethnic name for a Celtic-speaking Briton or Breton ( see Brett ). In more recent times, this surname was adopted by immigrants to Britain as a token of their new patriotism.